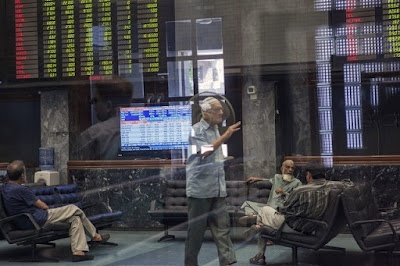 COMMENTARY: Amid corruption and nepotism, Pakistan’s economy suffers. "Corruption and nepotism are Pakistan's other major problems. The government is reliant on debt, domestic and foreign, because it has the lowest tax-to-GDP ratio in the world and, subsequently, is broke. The root cause is connivance between unscrupulous officials and holders of capital."

Op-ed by Tom Hussain, in The Nation: http://www.thenational.ae/opinion/comment/amid-corruption-and-nepotism-pakistans-economy-suffers

INFO: Indonesia to launch anti-graft board games.  The Corruption Eradication Commission (KPK) continues to look for innovations in its campaign to eradicate corruption in Indonesia by exploring a learning model that uses board games.

INFO: Only 25 percent of aid meets transparency benchmark.  More than five years after top donors pledged to make all aid transparent by 2015, data compiled in the Aid Transparency Index and released by Publish What You Fund found that only 10 donors, responsible for only a quarter of all aid, are hitting the mark.