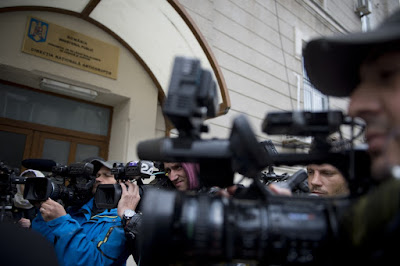 INFO: The DNA of Romania's anti-corruption success.  "Few countries can claim a sitting prime minister as one of the 1,250 public officials indicted for corruption in a single year. Romania’s National Anticorruption Directorate (DNA), the agency responsible for the crackdown, has made a deep impact in a country rife with public malfeasance and mismanagement. Its actions have been hailed by citizens, investors and Romania’s EU and U.S. allies, who welcome evidence that the country is getting to grips with its problems."

INFO: India uses tech to reduce bribes among police and government officials.  "I'm sitting in the control room of Delhi Police vigilance department. There are computers and screens all around me. What we're watching is shocking -- it's a hazy mobile phone footage but it clearly shows a policeman in uniform taking money. It's been sent by a member of the general public using a special anti-corruption helpline set up by the department."