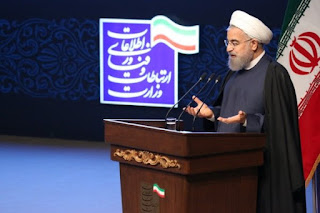 INFO: 'E-government' one way to fight corruption in Iran.  Iranian President Hassan Rouhani said making things more transparent in cyberspace is one way to uproot corruption in society, during a meeting with top executives of the Ministry of Communications and Information Technology.

COMMENTARY: Verdicts and Judicial Strength -- Why Convictions Should Not Be the Focus of Anticorruption Efforts.  "Domestic and international constituencies sometimes put too much emphasis on individual verdicts, or overall conviction rates, as the measure of judicial effectiveness. While these indicators can provide important information, overemphasizing guilty verdicts in particular corruption cases, or overall conviction rates, could actually be counterproductive to anticorruption progress."

Read the post by Rathna Ramamurthi, in the Global Anticorruption Blog: http://globalanticorruptionblog.com/2016/04/04/verdicts-and-judicial-strength-why-convictions-should-not-be-the-focus-of-anticorruption-efforts/