Get AP-INTACT posts on Twitter (https://twitter.com/apintactnetwork)
From the UN Pacific Regional Anti-Corruption (UN-PRAC) Project, a joint four-year initiative of the United Nations Development Programme and the United Nations Office on Drugs and Crime, with support from the Australian Government. Updates shared by Annika Wythes, Luisa Senibulu, Samita Singh, and Mihaela Stojkoska.
If a link below does not work, please copy and paste the link into your browser’s address bar instead. 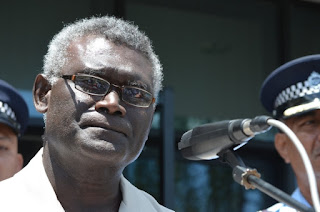 Bill protects whistleblowers.  People wishing to remain anonymous while giving information to the media are covered under the Whistleblowers Protection bill 2016.
http://www.solomonstarnews.com/news/national/10163-bill-protects-whistleblowers

Civil Society supports anti-corruption efforts.  Thirty-six local civil society leaders and Government officials met in the capital, Honiara on Monday to learn about transparency and accountability, as well as the Government’s efforts to prevent and fight corruption.
http://www.pina.com.fj/?p=pacnews&m=read&o=1317446105572921581607443c1d4a

PM O'Neill should submit to law.  Former Prime Minister Sir Mekere says “Prime Minister Peter O’Neill should allow the National Fraud and Anti-Corruption Directorate to take up his challenge to find whether there is evidence or not that he benefitted financially from the Paraka scandal,”
http://news.pngfacts.com/2016/05/pm-oneill-should-submit-to-law-morauta.html

Logging companies resist conservation efforts.  A Papua New Guinea Forest official says logging companies are continuing to resist conservation policies put in place by the government.
http://www.radionz.co.nz/international/pacific-news/302336/logging-companies-resist-conservation-efforts-in-png
Vanuatu:
Vanuatu continues to stand up to corruption.  Senior Government Officials met in the capital, Port Vila today to discuss recent anti-corruption measures taken by Vanuatu and efforts that could be taken to further strengthen measures, including having a National Anti-Corruption Policy.
http://www.pina.com.fj/?p=pacnews&m=read&o=191846463857297d4cdd2737998932

Vanuatu PM shows commitment towards FOI Bill.  Vanuatu Prime Minister Charlot Salwai has declared his stand in the role of media and is supportive towards seeing that the Freedom of Information (FOI) Bill is passed in Parliament this year.
http://dailypost.vu/news/pm-supports-foi-bill/article_0e5420cf-511e-5507-a478-ccef3c4fa18f.html