#EndMalariaForGood: Malaria is not the problem, corruption is. 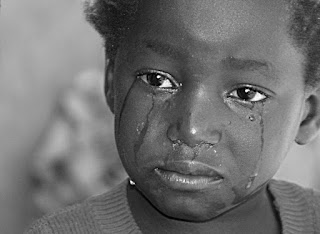 "Interestingly enough, the National Malaria Elimination Program in Nigeria costs an estimated 132 billion Naira ($600 million) annually and continues to receive regular funding from the government. The government spends an average of $2.8 billion dollars from the national budget on fighting malaria alone. A quick look at the national budget reveals that the country can afford to spend much more than it currently does on malaria elimination programs. Earlier in 2015, USAID spent about 15 billion Naira on malaria prevention. Yet, individual Nigerians still carry the burden of malaria treatments to an estimated tune of 480 billion Naira.

"Although some progress has been recorded, it is a measly 18 percent reduction in number of casualties since 2008 while the rest of the world recorded improvements of at least 60 percent. There is only one question that arises: If money is not the hindrance to overcoming malaria in Nigeria, what then is the problem?

"Like every other thing wrong in the country, the culprit is corruption. Although it can be said that money is not the problem, lack of actual funding of these programs is a big question. The allocation or availability of the money is not in issue; however, how do we know whether the money reaches its intended destinations or not?"