- May 21, 2016
Get AP-INTACT posts on Twitter (https://twitter.com/apintactnetwork)
From the UN Pacific Regional Anti-Corruption (UN-PRAC) Project, a joint four-year initiative of the United Nations Development Programme and the United Nations Office on Drugs and Crime, with support from the Australian Government. Updates shared by Annika Wythes, Luisa Senibulu, Samita Singh, and Mihaela Stojkoska.
If a link below does not work, please copy and paste the link into your browser’s address bar instead. 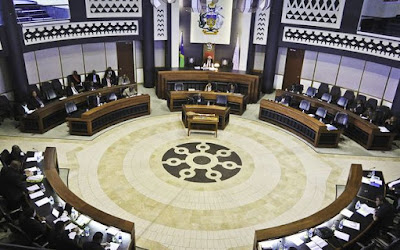 PM urged to press on with anti-corruption bill.  Civil society organisations in Solomon Islands are urging the prime minister to push on with legislation aimed at setting up the country's first Independent Commission Against Corruption.

Chancellor speaks on corruption.  Corruption is rife in our very own society, education institutions, public and government organisations, almost in every works of life here in Solomon Islands and Papua New Guinea.

Health Sector Unions Support Student Protests.  An air of uncertainty has descended on the national capital with the health sector unions becoming the latest group to throw their support behind protesting students at the various State-funded universities.

Namah calls for removal of PM.  The Papua New Guinea opposition MP who launched the successful challenge to the Manus Island asylum seeker detention centre has called for the removal of the prime minister Peter O'Neill

Government issues stern warning over student protests.  Papua New Guinea's Chief Secretary to the Government alleges that the people behind the current university protests are not students but agitators with sinister purposes.

UPNG students condemn police presence on campus.  Students at the University of Papua New Guinea (UPNG) have dismissed allegations in local media that their protests are driven by a minority group.

Discussions on how to improve governance.  The Vanuatu government has begun discussing how it might strengthen governance in the country.

http://www.radionz.co.nz/international/pacific-news/304107/vanuatu-discusses-how-to-improve-governance
For more information about the UN Pacific Regional Anti-Corruption (UN-PRAC), please get in touch with: