From the UN Pacific Regional Anti-Corruption (UN-PRAC) Project, a joint four-year initiative of the United Nations Development Programme and the United Nations Office on Drugs and Crime, with support from the Australian Government. Updates shared by Annika Wythes, Luisa Senibulu, Samita Singh, and Mihaela Stojkoska. 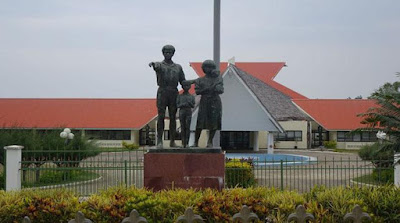 Civil Society Groups Attend Anti-Corruption Workshop.  “We will continue to work in support of government policies that support transparency and accountability” stated the Executive Officer of Transparency International Vanuatu at the opening address of the CSO Anti-Corruption Workshop held in Port Vila at the Moorings Outrigger conference room this morning.
https://tivnews.wordpress.com/2016/05/09/civil-society-groups-attend-anti-corruption-workshop/

Vanuatu continues to stand up to corruption.  Senior Government Officials met in the capital, Port Vila, to discuss recent anti-corruption measures taken by Vanuatu and efforts that could be taken to further strengthen measures, including having a National Anti-Corruption Policy.
http://www.loopvanuatu.com/content/vanuatu-continues-stand-corruption

Anti-Corruption Day observed in Vanuatu.  The Vanuatu Government in partnership with Transparency International Vanuatu (TIV) hosted this year’s International Anti-Corruption Day (scheduled to be held on the 9th of December 2015, but postponed to this year) down at the Port Vila Seafront.
https://tivnews.wordpress.com/2016/05/11/anti-corruption-day-observed-in-vanuatu/#content-wrapper

Foreign lawyers for conspiracy case in Vanuatu.  Two lawyers from Australia have been engaged by the defense team representing 11 of the jailed politicians facing charges of conspiracy to defeat the course of justice.
http://dailypost.vu/news/foreign-lawyers-for-conspiracy-case/article_fc8fdf51-5304-57f8-8e5f-a5c17a1d9c50.html

Civil Society Supports Anti-Corruption Efforts.  Thirty-six local civil society leaders and Government officials met in the capital, Honiara on Monday to learn about transparency and accountability, as well as the Government’s efforts to prevent and fight corruption.
http://www.pacific.undp.org/content/pacific/en/home/presscenter/pressreleases/2016/05/03/solomon-islands-civil-society-supports-anti-corruption-efforts.html

PNG judge files for case against him to be dropped.  A Papua New Guinea Supreme Court judge who was arrested last month has filed a submission for his case to be dismissed.
http://www.radionz.co.nz/international/pacific-news/303511/png-judge-files-for-case-against-him-to-be-dropped

Samoa denies fraudsters' bid to leave.  A Samoan court won't allow a business couple convicted of fraud charges to leave the country saying there's a high chance they will not return
http://www.radionz.co.nz/international/pacific-news/303591/samoa-denies-fraudsters'-bid-to-leave