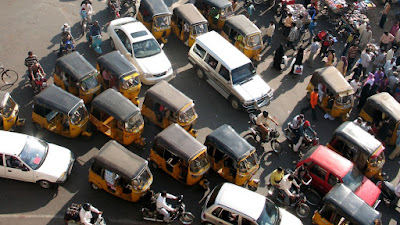 INFO: Bad drivers are a good indicator of a corrupt government.  "Bottom line: If you’re in a country where everyone drives on the sidewalk and nobody stops at stop signs, you can be pretty sure the government isn’t working right."

INFO: Taiwan civil servants mired in corruption to be denied pensions.  The Legislative Yuan passed amendments to the Civil Service Retirement Act that would deprive corrupt civil servants of the right to pensions or recall those already paid.

INFO: Cabinet minister says Bangladesh govt failed to take proper measures to combat corruption.  Civil Aviation and Tourism Minister Rashed Khan Menon says the Bangladesh government has failed to take ‘appropriate measures’ to combat corruption, adding that economic growth could have been 2.5 percent more than what it attained in the last several years, had the government succeeded in containing the spread of corruption.