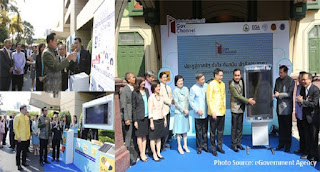 COMMENTARY: Don’t blunt the spearhead -- Why the proposed revision of Indonesia’s KPK Law is a bad idea.  "Attempts to weaken [Indonesia's Corruption Eradication Commission or KPK] have grown in direct proportion to the agency’s success in bringing cases against powerful individuals and institutions."

INFO: Thailand government launches online tool for public transparency.  Thailand’s Office of Electronic Government Agency and the Ministry of Information Technology and Communication (ICT) has launched a number of additional services under their electronic media tool – GovChannel, that will help to contain corruption in the country.